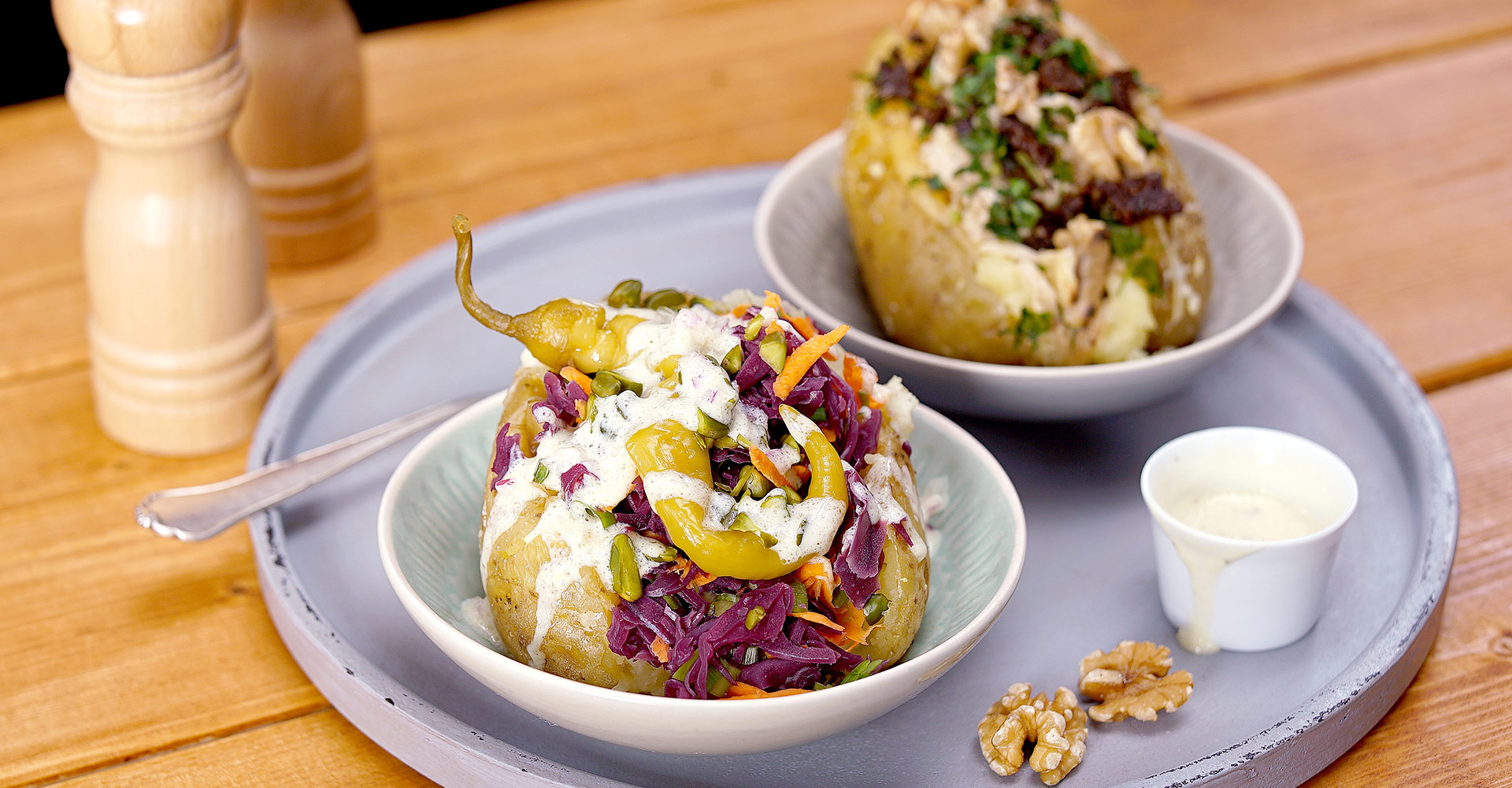 Kumpir with sauerkraut and red cabbage

Heat up the oven to 200°C (heat from above/below). Wash the potatoes and dry them off with kitchen roll. Allow the liquid to drain off the sauerkraut and the red cabbage. Peel and chop up the red onion. Crumble the dark bread into a small bowl. Roughly chop the walnuts and pistachios. Wash the parsley, the spring onions and the carrot. Then chop the parsley, slice the onions in fine rings and grate the carrot. Drain the pickled chillis well.

Prick the potatoes all over with a fork. Rub them with sunflower oil and salt, and then wrap them in aluminium foil. Put the foil-wrapped potatoes into the pre-heated oven for 75 minutes. After 50 minutes, open up the foil – this allows the skin to get nice and crispy and makes the inner flesh of the potato easier to work with in the later stages of preparation.

Mix together the yoghurt and the finely chopped onion. Then also add the sugar, the sunflower oil and the mustard. Next, add the vinegar to the yoghurt mixture and season with salt and pepper according to taste. Mix everything together well and put the dressing on the side.

Preparing the sauerkraut filling and topping

Brown the chopped walnuts in a frying pan without oil. As soon as you can smell a nutty aroma and the walnuts are crispy and brown, take them out of the pan. Then melt a little butter in the frying pan. Gently fry the crumbled dark bread in the pan for a little while whilst stirring it, and then add the parsley. Mix them together and then put the topping in a little bowl to cool down.

For the filling, mix together the sauerkraut and the sour cream in a large bowl. Season with caraway seeds, salt and pepper. Add the balsamic vinegar and the honey and mix all the ingredients well.

Once the potatoes are ready, leave them to cool for a couple of minutes so you don't burn your fingers. Carefully cut them open lengthways without actually separating the two halves. Use a fork to mash and loosen up all of the potato flesh. Mix the butter and the grated cheese into the mashed potato flesh. Then spread the fillings onto the potatoes – two with sauerkraut and two with red cabbage.

Decorate the sauerkraut potatoes with the dark bread topping and the roasted nuts. For the red cabbage potatoes, place a pickled chilli on top of the red cabbage filling. Then scatter a handful of chopped pistachios on top and add the yoghurt dressing. Your two versions of Kumpir are ready to eat – enjoy your Turkish-style potatoes.

For the jacket potatoes with sauerkraut

Juice of half a lemon

For the jacket potatoes with red cabbage

A pinch of sugar

A handful of pistachios

Kumpir is potato in a different way

Kumpir means potatoes with a twist: Potatoes frequently end up on German plates – our traditional cuisine simply wouldn't be the same without it. But why not serve them with a filling? With sauerkraut or red cabbage, for example!

In Germany, kumpir is a well-known dish that can be bought at Turkish takeaways. The basis of the dish is a potato with a fluffy consistency, mixed with butter and cheese. Just that alone is a dream in terms of taste. But the potato is then filled with a range of different toppings.

"Kumpir" – sounds rather exotic, doesn't it? In fact the term originates from a word in Palatinate dialect, "Grumbier" ("Grundbirne" , meaning "pear of the earth") and the name found its way as far as Anatolia. There, they put fillings in their baked potatoes which were then brought back to Germany as Turkish Kumpir. Filled with mild sauerkraut and crunchy red cabbage, our Turkish-style jacket potatoes are a real taste experience. 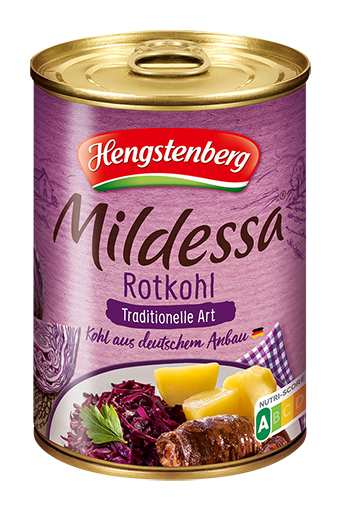 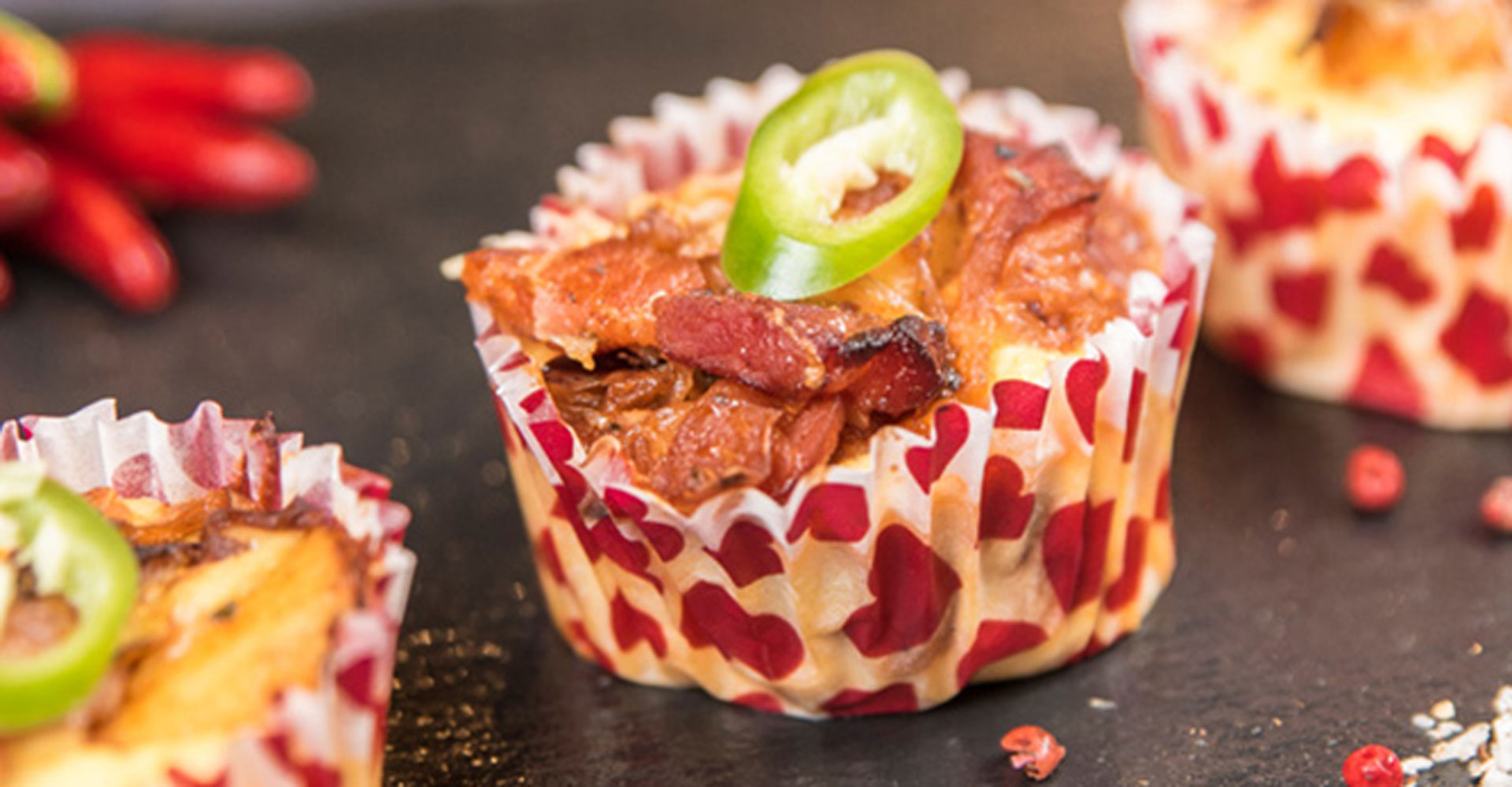 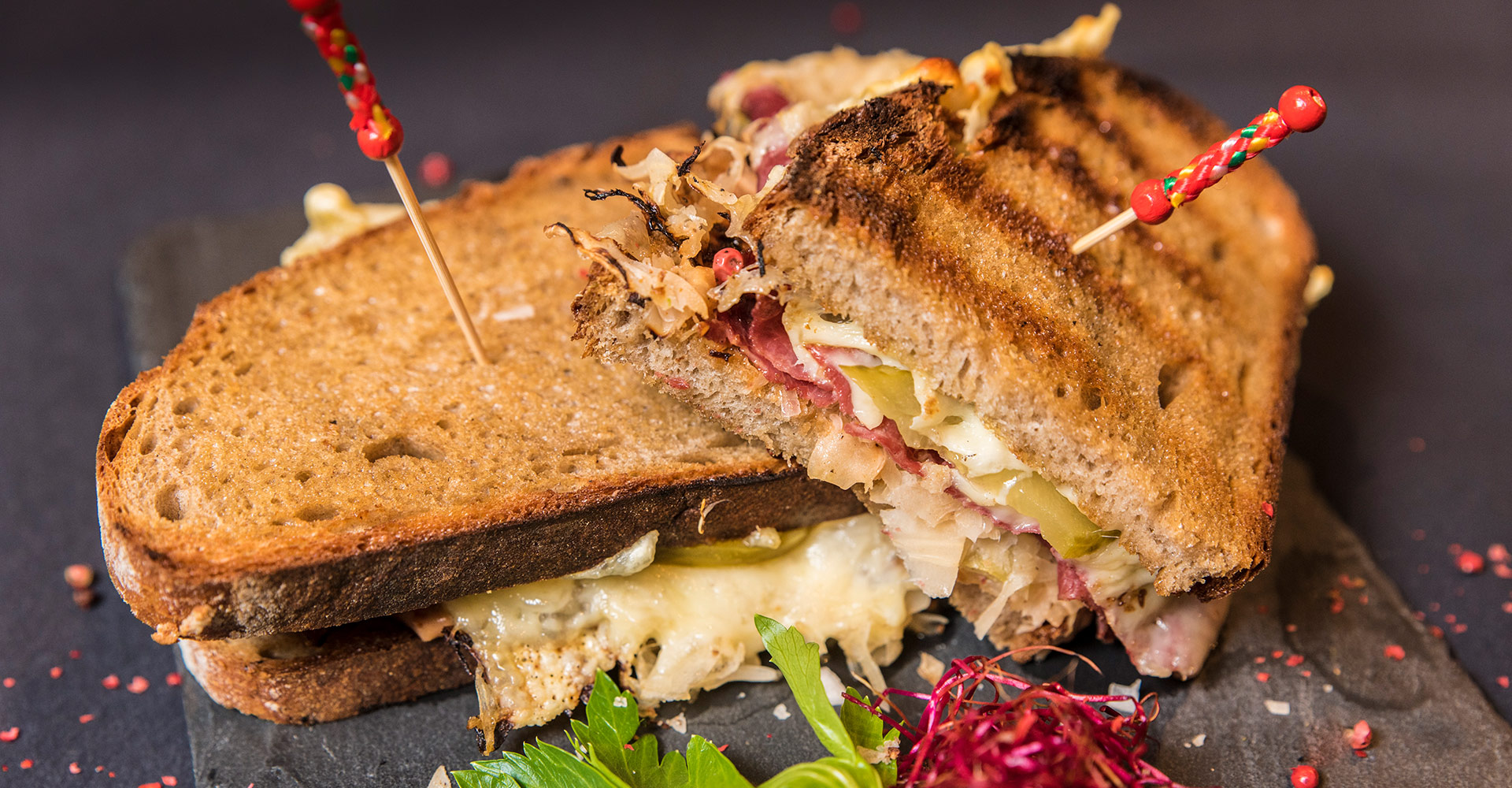 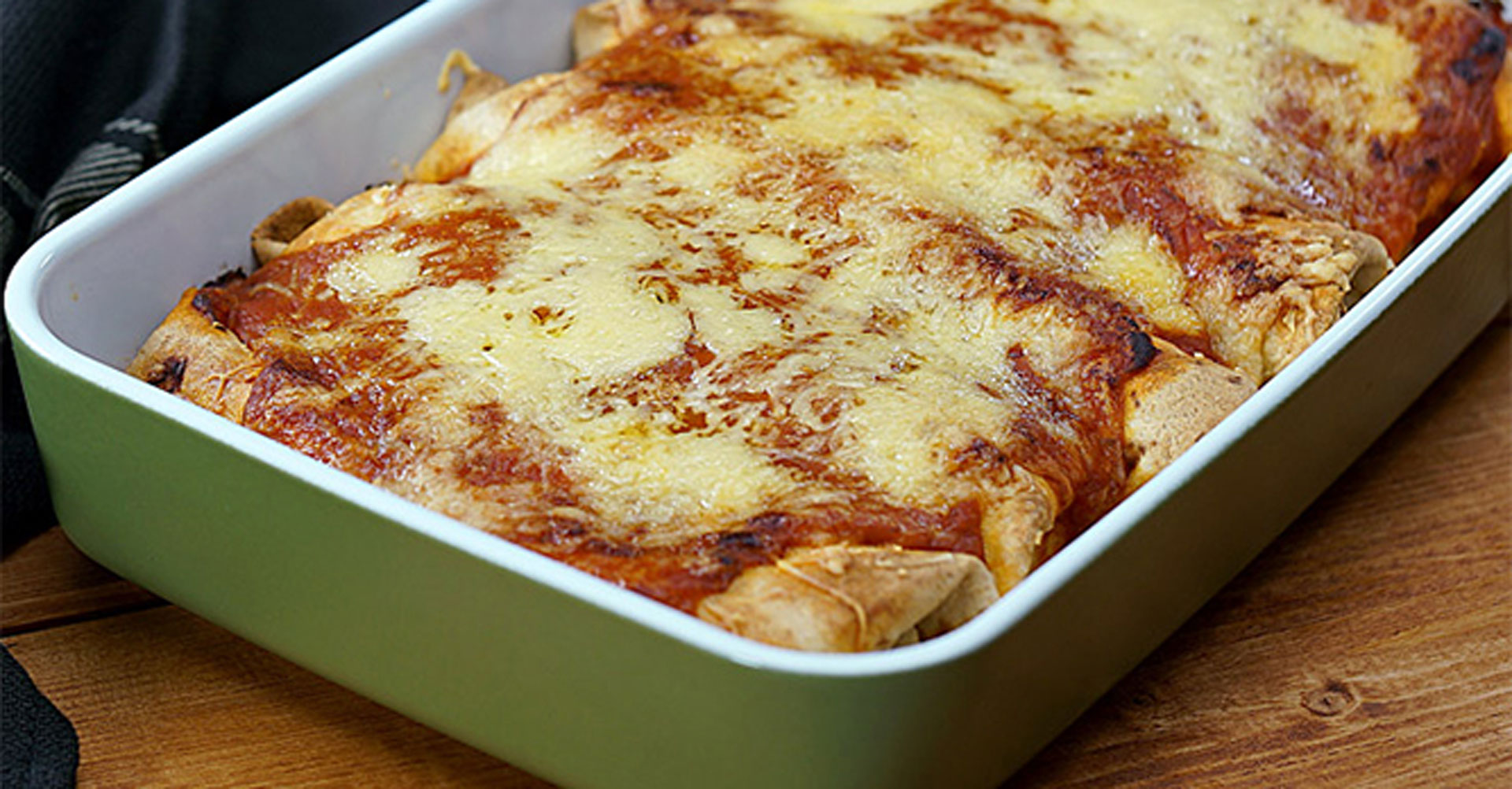